In 1961, after operating our pottery wholesale and decorating business from the Zion Chapel in Globe Steet, Burslem from 1959, my father and myself bought the first part of Phoenix Works (see plan A) from John Shaw and Sons Ltd. We needed to make essential alterations to the property for our purpose i.e. demolish 4 of the 6 bottle ovens to create warehousing space and drop the first floor of the 2 storey frontage which, dangerously, leaned over King Street by 2 feet, measured from the eaves, due to subsidence. We decided to approach my cousin and uncle, who were in a similar business and operated out of a rented premises in Maude Street, Fenton, with an offer of a merger. They eventually agreed and the new enlarged company was of a viable size to borrow the money to make the alterations. A couple of years later we bought the adjoining part of Phoenix from Colin McNeal Ltd. (see plan B). I took the film, which can be seen via the following link to you tube, in 1961 just before and during the demolition work. 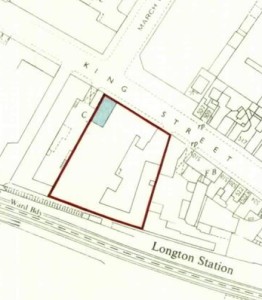 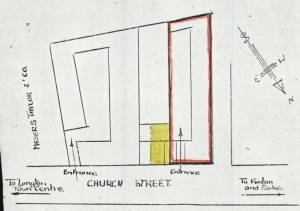